First, let me be clear - this tree is far from what we call a "finished" bonsai. It needs at least two to three growing seasons and a lot of maturity before it will be showable. But because It caught my attention after some years of "laying" around in the garden - here is the story:

Pinus sylvestris was collected in local hills in 2009 (I think) and styled three years later. It is a quite big tree, now stands around 120 cm tall. As material was even bigger; It has a really old and attractive bark and some natural wounds from the harsh environment that it was growing in. The main problem of this material was a green mass which was on the far ends of long and leggy branches. It is a two-trunk tree. My first task was to find a front. 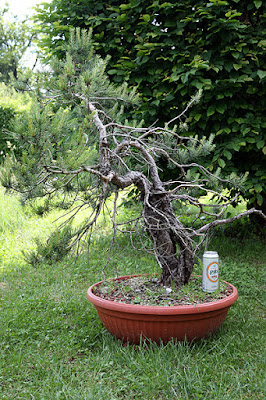 One of possible solutions was also to cut a second trunk and work just on bigger one - there the movement is better. But I decided to go with front 3, keeping both trunks. 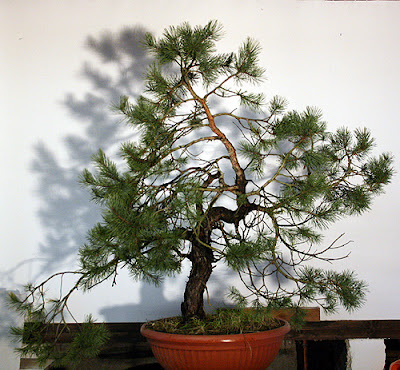 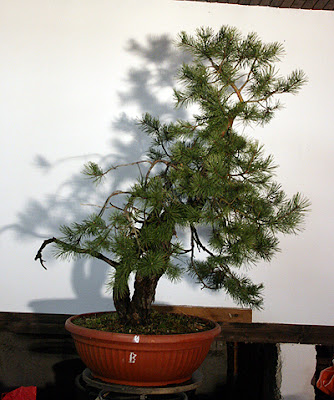 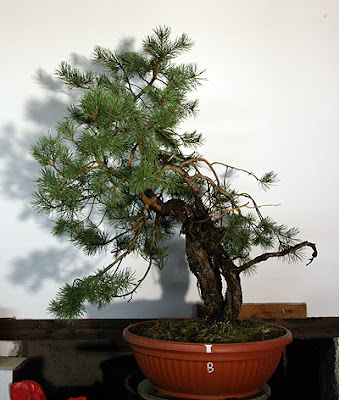 I separated the trunks a little and styled a tree in the way that I brought the green mass as close to the trunk as possible... 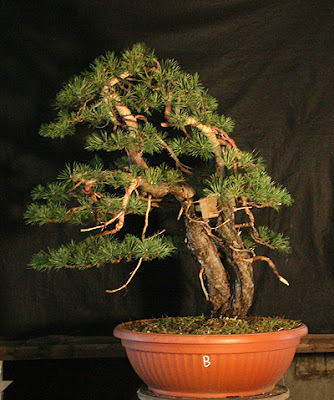 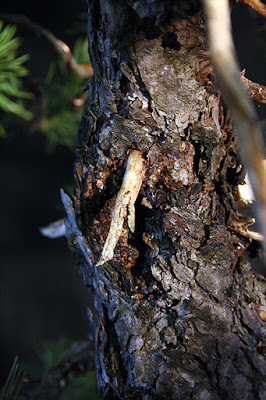 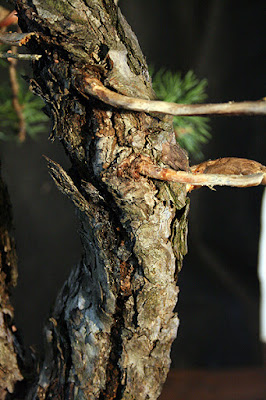 Even though the tree has a really great bark (as I mentioned above) something else bothered me. If one look the tree from afar or just on photographs, everything is OK. But with closer look all misery of inner-crown is visible. And that I notice a lot on the internet, when some transformations of the trees are really great on photos, but it is almost impossible to do it without unnatural curving and crossing of the branches. The silhouette is great, bust structure is not. So, be careful when looking at photos! Seeing the tree in real is something completely different! 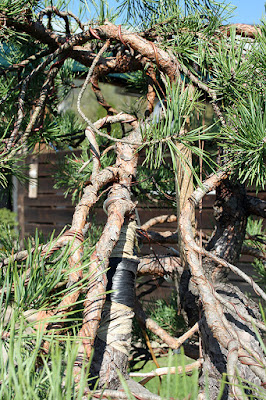 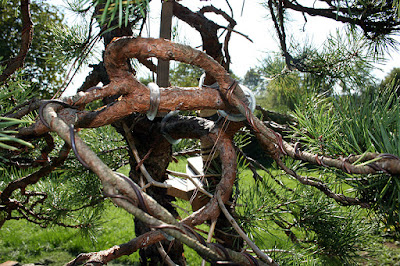 So, after one year, I decided to completely restyle the tree. I cut all leggy and twisted branches and try to made a proper structure of the crown. It was no easy job, because the greenery was still far from the trunk, but in the end, I was way more satisfied with result than before. 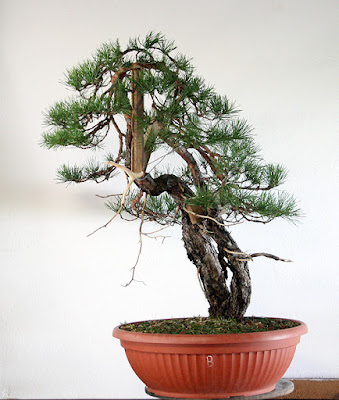 September 2013 . after re-styling, all leggy and twisted branches were cut

In 2015 the Pine was re-potted in to the first bonsai-pot and during the summer wired again. It reacted well, but after that I somehow neglected it. 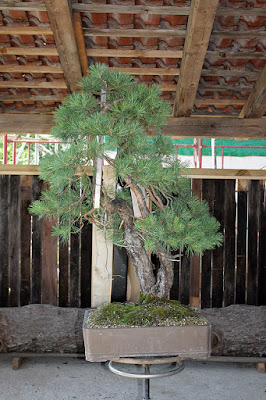 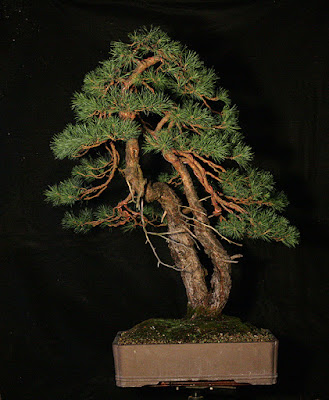 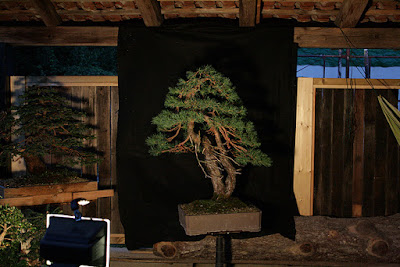 In the spring of 2017 I re-potted the tree again, this time in a more suitable round pot. As we know, pines don't like the frequent re-potting, so this time the tree didn't react well, but nevertheless In January of 2018 I decided to wire it again. Now I really like this tree and I'll try to bring it in great form in the next two seasons. A lot of sun and fertilizer, proper timing with pinching and the pine will look totally different. It still needs some buds closer to the trunk, but one can see the potential of this future bonsai. Meanwhile, I can still enjoy the great bark and natural shari, the rest will be done by time and proper care! 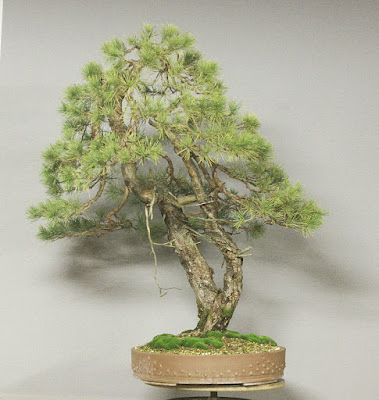 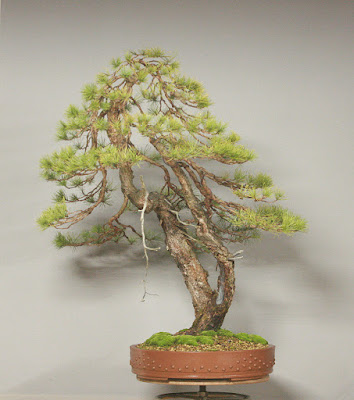 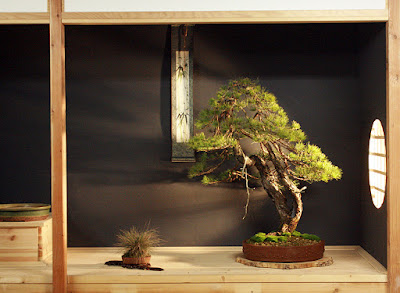 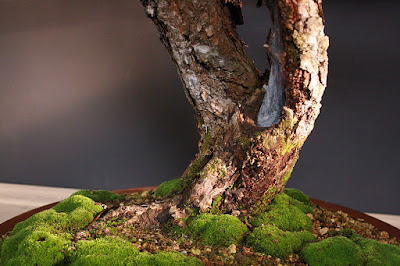 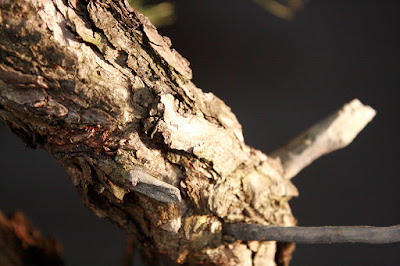 Tomaž Kovšca
born in year 1969, he lives and works in Ljubljana, Slovenia. He is a founding member of Slovenian bonsai club. He has spent last 15 years traveling the world seeking for bonsai knowledge: From Mr. Suzuki’s garden in Obuse, Japan, through China and of course all over the Europe. He worked under guide of many great masters and has pleasure to watch them in action. He was 1st runner up at EBA NTC 2011 in Ratingen. Now he is finally ready for big stage: with his friend established his own bonsai school in Slovenia (TORA international bonsai school), he did write a book about bonsai philosophy and already won some international awards. He likes to work on excellent yamadoris from great slovenian nature, especially on conifers. e-mail: kovsca@yahoo.com