I met this Pinus sylvestris for the first time in Rok's garden in spring 2015. It was potted in to a plastic container, full of weeds, branches were all leggy and badly twisted to achieve a 'virtual' compact look. The first step was repotting to check a root system. Tree reacted with strong growth and good health. 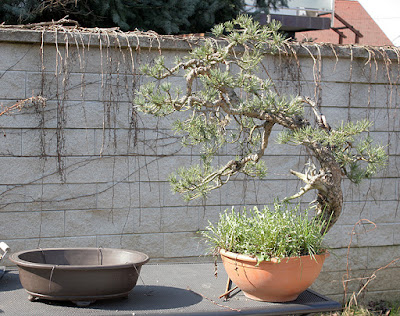 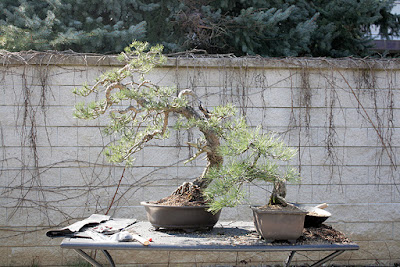 The same tree after re-potting, on the table also small Pinus thumbergii

A year later, in summer 2016 the tree was styled for the first time. I bring it into TORA shop, where we fully wired it. As you can see - after re-potting the tree really reacted well. We corrected all unnaturally twisted branches and made a new design. We cut the big right branch and turned it into a jin. 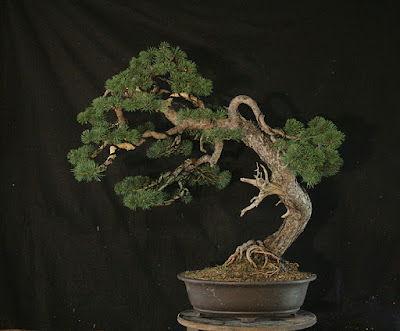 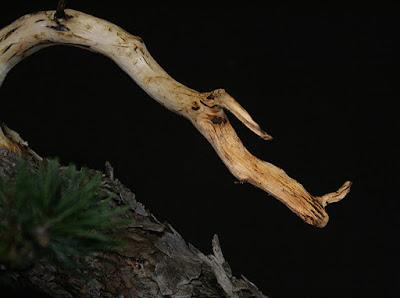 Right branch turned into a jin 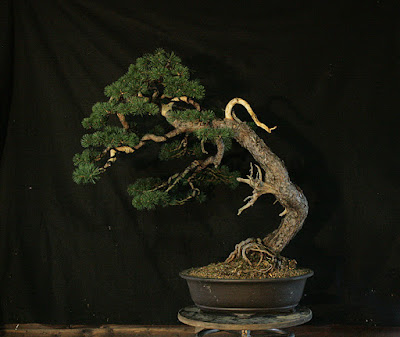 Same tree after styling in summer 2016

The tree was returned to the owner; but instead in good shape one year later returned into the shop in neglected state: wire biting deeply into the bark, branches overgrown, the whole season was lost. This is another example of how quickly bonsai can do two steps back instead one forward. Well, we put it back to the right path! 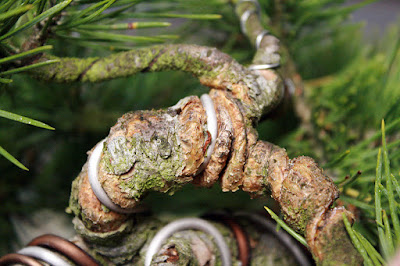 This is how wire is NOT supposed to cut in 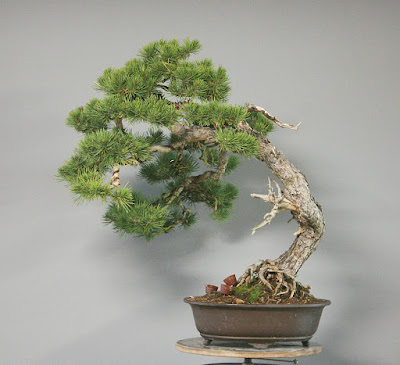 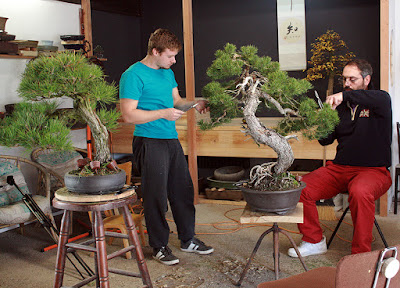 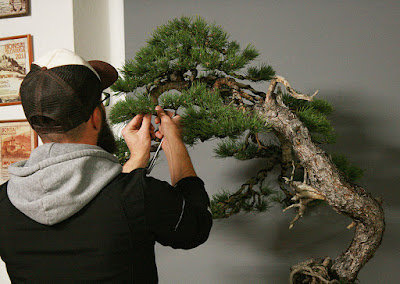 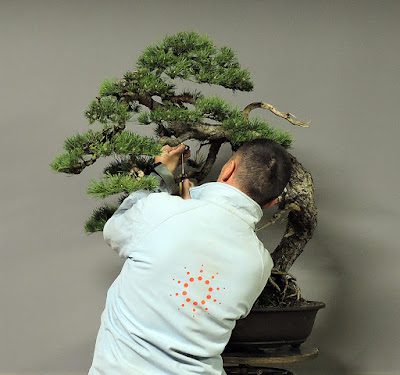 Author working on the tree 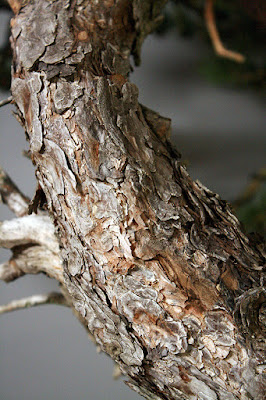 The tree has a really great bark! 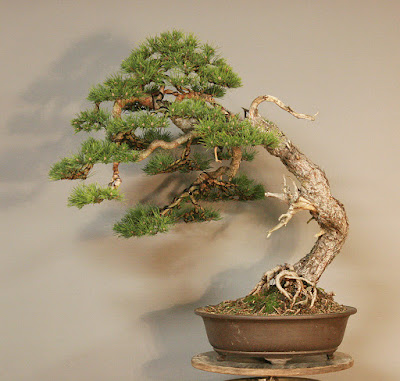 This is the final image for now

The tree now needs a better pot and of course a better care in next growing season!

The (so called) nebari is a mess. Will anything be done to improve it?

Why not? With roots, such as they are, the tree will never be more than a pimped canopy in a pot. But with roots taken care of, it could be so much more.

I wrote no, because I can't take seriously anonymous entries. It is really so difficult to post as a person with an identity? I mean with real identity (like google account) not just made-up name? I can assume (based on what you wrote), that you are a bonsai-expert, so you don't need my answer as you already answered by yourself.
However - in the future, I'll NOT replay on anonymous entries. But I'll left them under commentaries, even though they are more or less hostile and want to compromise my work. I don't care about them, they just amuse me and are fun to read. And in the same time they are illustrating in what way our community is developing... But as I said - I really don't care, I just enjoy working on trees and I'll do it so in the future! :-)

Tomaž Kovšca
born in year 1969, he lives and works in Ljubljana, Slovenia. He is a founding member of Slovenian bonsai club. He has spent last 15 years traveling the world seeking for bonsai knowledge: From Mr. Suzuki’s garden in Obuse, Japan, through China and of course all over the Europe. He worked under guide of many great masters and has pleasure to watch them in action. He was 1st runner up at EBA NTC 2011 in Ratingen. Now he is finally ready for big stage: with his friend established his own bonsai school in Slovenia (TORA international bonsai school), he did write a book about bonsai philosophy and already won some international awards. He likes to work on excellent yamadoris from great slovenian nature, especially on conifers. e-mail: kovsca@yahoo.com